The process of directing the movements of watercraft from one point to another; the process, always present in some form when a vessel is under way and not drifting, varies with the type of craft, its mission, and its area of operation.

Early instruments used for determining latitude were the quadrant, (which measured the altitude of the polestar or the noonday sun,) the astrolabe and the sextant. Longitude was originally fixed using chronometers and tables showing yearly positions of celestial bodies. The first mariners to explore the world’s oceans developed standard ways of observing and recording their location, the routes they traveled, wind and water currents, and other useful facts. These records, logs, and journals made it possible find their way home and pass along their observations. Each successful voyage became a part of an expanding collection of reliable maritime information.

Modern navigation systems are part of a tightly coordinated and widely integrated transportation system in which each vessel must be responsible for staying on course, avoiding collisions, minimizing fuel consumption, and keeping on schedule. Modern navigation systems make use of many traditional tools, such as compasses, charts, instruments; but over the past century radio beacons, satellite networks and global positioning systems have been relied upon with increasing frequency to determine a ship’s position.

Ship compasses are usually stabilized by gyroscopes and installed in housing which properly compensates for the vessel’s motion. Charts are another essential navigational tool- position is fixed using charts of known locations in concert with instruments that calculate a vessel’s relative bearing. Dead reckoning is a method which relies on recording the accurate velocity calculated by gyroscopes and computer analysis of the vessel’s acceleration.

Gyro Compass:
It is used to find the right direction. Unlike a magnetic compass, the gyrocompass is not interfered with by an external magnetic field. It is used to determine the correct north position, which is also the Earth’s axis of rotation to provide a stable directional source. Its repeater system must be installed on the steering platform for emergency steering. 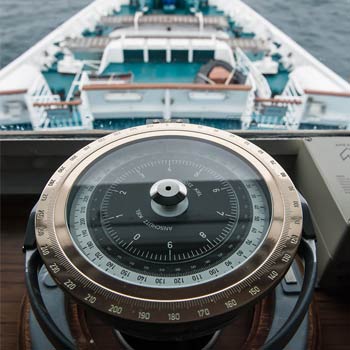 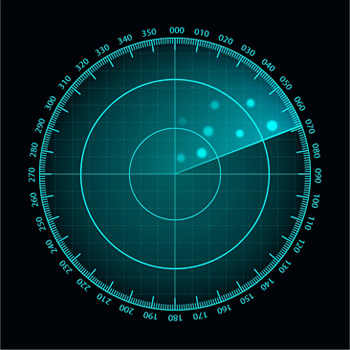 Radar:
Marine vessels rely on an S-band and X-band radar system for navigation as it can detect targets and display information on the screen such as the ship’s distance from the ground, any floating objects (island, rocks, iceberg, etc.), other vessels and obstacles to avoid collision. It is a rotating antenna that detects the surrounding area of the ship.

Magnetic Compass:
The magnetic compass works in conjunction with the earth’s magnetic field and is the primary means of the direction indicator. It is used to obtain the planned voyage route. This ship’s navigation equipment is usually installed on the centerline of the ship on Monkey Island. The magnetic type transmitting compass is mounted so that the output signal can be displayed on the bridge panel. 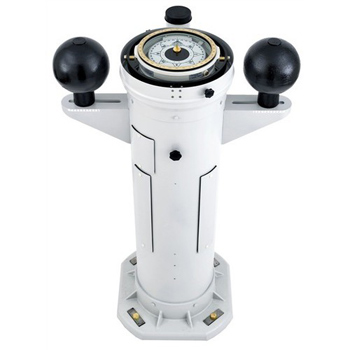 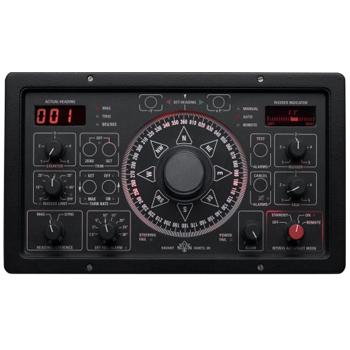 Autopilot:
The bridge plan is filled with equipment and instruments used for navigation. Autopilot is considered one of the most effective bridge navigation aids as it helps the human operator steer the vessel by holding the steering in autopilot mode, allowing them to focus on the broad aspects of the operation. It is a combination of hydraulic, mechanical and electrical systems and is used to control the ship’s steering system from a remote location (navigational bridge).

GPS Receiver :
A global positioning system receiver is a display system use to display location ship using a global positioning satellite in earth orbit by recording the ship’s position, you can calculate the speed, course and time required to cover the distance between the  two marked positions. 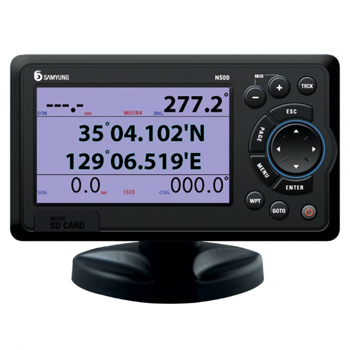 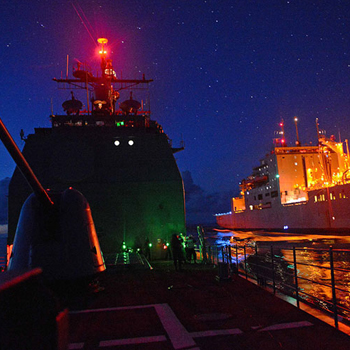 Navigation Lights:
All boats – large or small – must have night lights as part of their navigation systems. This system was introduced in 1838 by the United States and then followed by the United Kingdom in 1849. In 1889, the United States established the International Maritime Conference to establish appropriate guidelines for the prevention of maritime accidents. In 1897, these rules were officially adopted internationally. Navigation lights are one of the most important navigational devices required for sailing on the high seas, as they allow you to see your own ship clearly to other nearby ships.

Voyage Data Recorder (VDR):
The VDR is an essential tool in the list of shipborne navigation equipment that is installed on a ship to continuously record important information related to the operation of the ship. It contains a voice recording system for at least the last 12 hours. This record is restored and used for incident investigation. The importance of the VDR is like a black box mounted on an airplane. 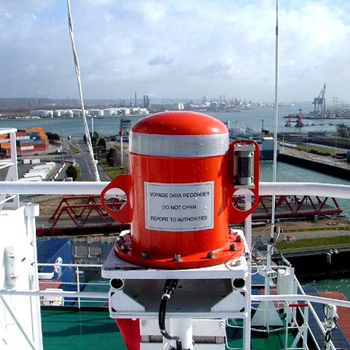 Get Quotation of Navigation Repair by Our Experts!

Contact Us
Sign up today to Discuss with Experts of Al Meena Marine Engineers for authentic openions and quotations.

Call us and get it done

When you hire us for services, you know you're getting highly qualified professionals who have the expertise and experience to make sure your project is done properly
and functions.
Get A Quote
All Rights Reserved, Al-Meena Marine Engineers
×